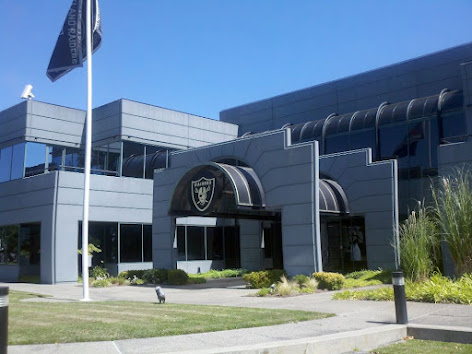 The Oakland Roots confirmed that they have finalized a move into the former Oakland Raiders Headquarters and training facility on Harbor Parkway in Alameda.  Marcus Thompson of The Athletic was first on the news.  Got the scoop on more major moves by the @Oaklandrootssc ! The Roots will take over the Raiders old training facility in Alameda for the 2022 @USLChampionship season #KnowYourRoots pic.twitter.com/lSETXkziTW — Marcus Thompson (@ThompsonScribe) December 21, 2021 With offseason transactions underway throughout the USL Championship, the move into the former NFL facility provides the Roots perhaps the best training site in the league. Those at the club are hopeful that the Harbor Parkway grounds will help recruit players.  News has been slow out of Oakland through the first month of the offseason since announcing the return of 12 players from the 2021 roster. The blog was told in previous weeks that the move to Alameda was a prime focus for the club, so perhaps this is the fir
Post a Comment
Read more 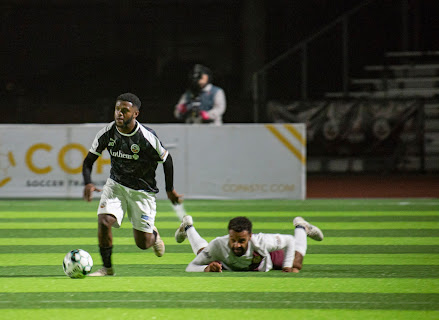 I am thrilled with this initial group of players the Roots are bringing back. With one glaring exception, this is essentially the entire defense (which, as you may recall, conceded zero goals in 210 minutes of playoff soccer). As our readers are surely aware, RootsBlog loves a large lad , so I am personally thrilled about Greene returning.  John Morrissey, of USL tactics, a much more reliable source than I am, is focusing on the fullbacks: I’m more amped about Diaz and Ward than anything. I thought they were dynamite all year, as good as basically any fullback combo in the league. — john morrissey (@USLTactics) December 2, 2021 The team could probably go into next season without bringing in any new starters on defense, although both fullbacks surely need backups.  I am not advocating for the team to go into the season with only these players plus backups.  But I think it is a very good start on defense. Outside of defense, though, there is a lot of work still to be done. It would mak
Post a Comment
Read more 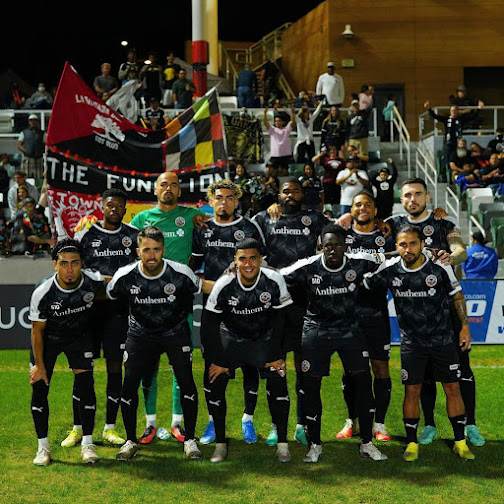 Now quickly moving into the offseason with the first batch of official re-signings completed for the Oakland Roots on Thursday, we take some time to reflect on a tremendous first season in the USL Championship that culminated in a playoff berth and first-round 1-0 defeat of El Paso.  Supporters from the Oakland 68s, La Brigada Del Pueblo, and Homegrown Hooligans have come together to create their own award (official name TBD) to honor a player whom they feel accomplished the on-and-off of the field duties to successfully represent the Oakland Roots SC badge.  Provided are seven players in alphabetical order nominated by the supporters' groups for your consideration. Scroll down to the bottom to place your vote.  Paul Blanchette Paul Blanchette, a local of Palo Alto, emerged in the lineup as a late addition on July 6 after former keeper Ben Beaury elected to part ways with the club. He was officially among the players picked up for an extension in 2022 after unseating Zeus de la Paz
Post a Comment
Read more 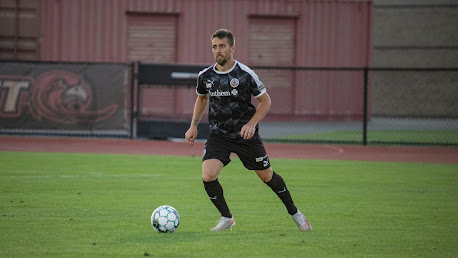 The Oakland Roots announced its initial roster decisions for the 2022 season on Thursday, declaring that they have picked up contract extensions for Taylor Bailey , Paul Blanchette, Matias Fissore, Kai Greene, Ariel Mbumba, and Johnny Rodriguez. Players under multi-year deals include Akeem Ward, Memo Diaz, Tarek Morad, Max Ornstil , and Jose Hernandez, while Hernandez carries a contract option for 2023.  The Roots currently only have 12 players listed on its roster, meaning players like Emrah Klimenta, Lindo Mfeka , Quincy Amarikwa ,  Joseph Nane, and Chuy Enriquez have yet to be hammered down.  According to sources, the organization is still in conversation with a "couple more players" from the 2021 roster. Negotiations are considered ongoing.  “I’m very excited about the strong core that we will have returning,” said Technical Director Jordan Ferrell, via the team's official site. “The group we had this past season was special and keeping continuity while adding i
Post a Comment
Read more 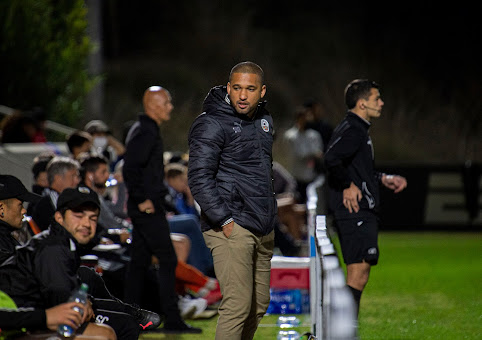 It has been too long, Roots family.  The USL Championship has named its first-team, second-team, and Coach of the Year winners for 2021 without any Oakland Roots players; a strong oversight of the organization’s turnaround under interim head coach Jordan Ferrell—who will focus on his primary role as technical director for 2022 and onward.  The league, unimaginatively, named Tampa Bay's manager Neill Collins Coach of the Year followed by Colorado Springs Switchbacks FC’s Brendan Burke and El Paso Locomotive FC’s Mark Lowry while 13 coaches received votes from technical staffs, executives, and a select media panel.  Now moving into the offseason, on the evening of the USL Championship Finals between Orange County and Tampa Bay, the omission from the league committee doesn’t do justice to what occurred in Oakland (and Livermore) this adversity-filled 2021 season. Ferrell took control of the lineup after a mutual separation with Dario Pot, who went on to be the assistant coach with San
Post a Comment
Read more 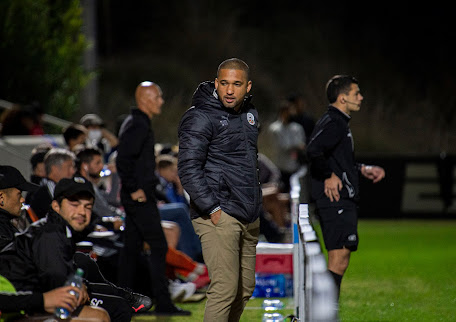 The Oakland Roots' season came to an end on Saturday, November 13 at Championship Stadium in Irvine, falling 6-5 in penalty kicks to Orange County SC after a full 120 minutes completed without a goal being scored.  Oakland came in with a specific game plan to stop OC's Ronaldo Damus, and they did so up until the final penalty attempt. Roots' keeper Paul Blanchette stopped Damus' initial try but was called for encroachment, resulting in the Haitian National burying his kick.  Damus was repeatedly called for offside throughout the 120.  "Penalties, I love penalties. I look at penalties and say that’s our game. I’ll continue to think that way even though things didn’t go our way tonight. We had a good game plan and created some good opportunities. I certainly think that we did enough tonight to be stepping into the Western Conference Final, but that’s knockout football," reflected technical director and interim head coach Jordan Ferrell.  "You play to PKs an
Post a Comment
Read more
More posts